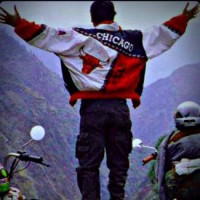 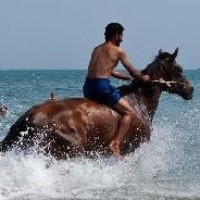 Visited by local and foreign tourists, this charming and lovely garden in Barangay Sirao, Cebu started with four gardeners which ballooned to thirty industrious care takers. From a small number of local visitors, it now caters to a thousand to two thousand visitors at peak months of the year which include Asians, Americans, Europeans and other nationalities.

A number of other gardens have also opened in the mountainous areas of Cebu which posed competition and challenged this original field of floras. The owner built interesting structures to support and enhance its charm to the fore. She took the lead in growing additional kinds and species of flowers coming from abroad but one never gave a chance of growing in the local soil. Tulips. It failed the owner of making a locally grown European beauty. It needed a negative temperature to emulate the icy condition of Europe. Instead, vegetables were grown , such as, giant peas, eggplants, peppers, tomatoes, and taro.

Sunflowers (seeds from Canada, Amsterdam, and the United States), dahlias, China stars, chrysanthemum, salvia, and begonias are abundant in this area. Along with those varieties, the area also features Cape Plumbago, Catharantus Roseus, pink queens, millions, birds of paradise, gadiolas, and orchids.

I've stopped writing for a long time and I want to start again. I've lost track on operating wordpress.com. Please support me for my return. View all posts by Bacardi Gold

How to avoid Gas leakage incidents

How to avoid Gas leakage incidents

I think therefore I am

hold a mirror up to life.....are there layers you can see?

Words.. words that roll off your tongue and leave something of a lingering taste inside you.

To make photos of someone or something (Spanglish)

Me, My City and My Traveling

A writer inspired by nature and human nature

Be kind to yourself

Feel the fear and do it anyway.